Supermodel and actress Emily Ratajkowski married producer Sebastian Bear-McClard four years ago, and they bought their first home together.

They paid $ 2 million for a three-bedroom, three-bathroom apartment in East Los Angeles' Echo Park neighborhood in 2018. A year after welcoming their first child, Emily and Sebastian have now listed the home for $ 2.2 million.

The asking price for Emily's home is slightly higher than the $ 2 million she bought it for four years ago, indicating that the approximately 2,000-square-foot property would likely sell quickly.

Keep scrolling for a tour of the beautiful modern home. The property has two post and beam structures. The first was constructed in 1946, and the second, larger structure was built in 1963. Both have a distinct mid-century aesthetic, with wood-paneled ceilings in the main house's living space and exposed wooden beams in the guest house. However, the bathrooms, kitchen, and fixtures have been upgraded to modern standards. The artsy home is a secluded midcentury complex in Echo Park's highly sought-after Elysian Heights neighborhood. Although the property is wholly guarded and located on a dead-end street, it is only a short walk from Dodger Stadium.

In addition, the actress's property is one of the most costly in the area, though Echo Park is not the most celebrity-saturated neighborhood in Los Angeles. The living area and kitchen in the main house are light-filled and mostly double-height, with a loft-like living space upstairs overlooking the ground floor. It also leads to the guest bedroom and bathroom. The primary suite, located on the first floor, features tall ceilings and a huge ensuite bathroom with twin vanities and direct access to the outdoor space.

A spacious deck unites the bedroom, living room, and guest house on the outside and provides a covered outdoor eating area. Stairs lead down to the rest of the backyard, which contains two more distinct seating areas and a hot tub and fire pit in a private nook. While Emily and Sebastian occupied the house, they had to look elsewhere for a suitable setting for their beloved à la piscine photographs, as the property has no pool. Sadly for the new owner, they may have to do the same. However, there is a hot tub, gas fire pit, terraces, and a succulent garden.

The terraced backyard is a jumble of green shrubs, stubby cacti, potted plants, and untamed ground cover. There's a wooden jacuzzi towards the far back of the land, nestled among the woods and lit by string lights, just steps from a built-in fireplace.

The 30-year-old actress lived in a loft in Downtown Los Angeles before purchasing the Echo Park residence but seldom used it. Around October 2017, she was reported to have moved out of the residence she shared with her then-boyfriend, Jeff Magid.

However, Emily brought some of her varied collection of paintings from the previous home into her Echo Park residence. Her framed Instagram selfie, which was on display in the living room, was one of the eclectic mixes of art she came with.

Emily, born in London but raised in San Diego, rose to prominence after acting in Robin Thicke's controversial Blurred Lines music video in 2013.

The sexy model also starred in the 2014 film Gone Girl and has walked the runway for Versace, Miu Miu, and Bottega Veneta, to mention a few. She is also an author, having published "My Body," an essay collection, last year.

The actress might have decided to delve into the real estate market with her Echo Park residence on sale. One can only wait to see if she will buy and sell more homes in the nearest future.

DEAL OF THE DAY: Save 88 percent off Jubilee themed decorations and bunting on Wowcher 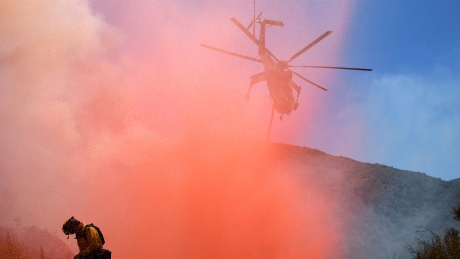